One of a Kind! Is Mustafizur Back To His Best In White-Ball Cricket? 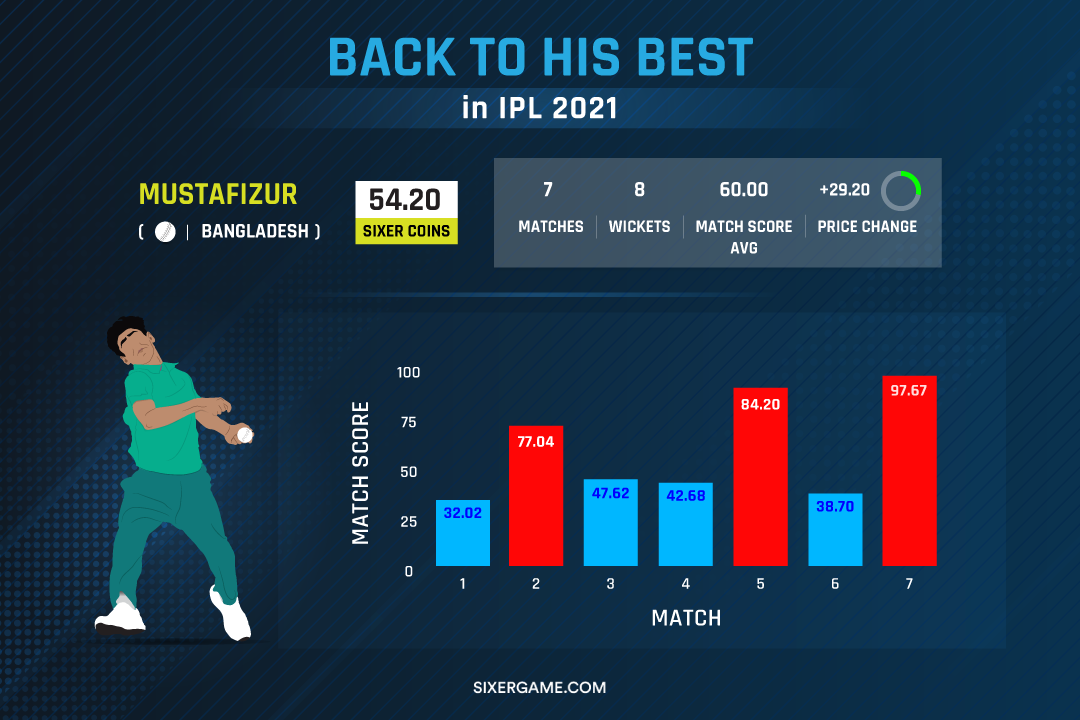 As the wait for the second ODI between Bangladesh and Sri Lanka goes on, fantasy shareholders will ideally be looking to add some players to their portfolios. While Liton Das at 35.90 Sixer Coins presents a brilliant opportunity for fantasy shareholders, the likes of Pathum Nissanka and Kusal Mendis are also viable options in the Market.

However, the aforementioned names present a familiar option in front of fantasy shareholders - back talent amidst poor form. But there is the curious case of Mustafizur Rahman, who is slowly regaining confidence and looking more like his 2016-self. In fact, his numbers in the abruptly suspended IPL 2021 are exemplary.

But is the Fiz truly the bowler that he once used to be? Let's find out in today's dose of Sixer Insight ahead of the second ODI between Sri Lanka and Bangladesh!

Mustafizur Rahman was a consistent performer for the Rajasthan Royals who weren't made to regret the absence of Jofra Archer, courtesy of the Fiz. The left-arm pacer was at his stunning best, with a price increase of 29% to show for his efforts. In fact, his match score average of 60 was among the highest for a bowler in the competition.

Although his tally of eight wickets might not seem much, his impact was undeniable. His trademark cutters, which were being dispatched with over ease the last few years, had begun to sting opponents. Adding his ability to nail the yorkers with impeccable accuracy, Mustafizur was making up for lost time.

Yet one may argue that seven games might be a small timeline to judge a player. But he has shown no signs of slowing down in the recent ODI with a match score of 58.20. His three-wicket haul allowed Bangladesh to see off Hasaranga and the Sri Lankans, paving the way for a crucial win.

As said before, seven or eight games might not give the entire picture. But the initial glances are appalling. Mustafizur, at his perceived peak, was one of the best, with his in-dipping cutters being unplayable (ask Andre Russell or even Colin Munro, who felt its wrath in the previous T20 World Cup). And if he could keep up this form, his price of 54.50 Sixer Coins might soon seem like a bargain!