Mishra Turns Back The Clock With 12% Increase Against MI; Can Rashid Pile More Misery on Rahul and co? 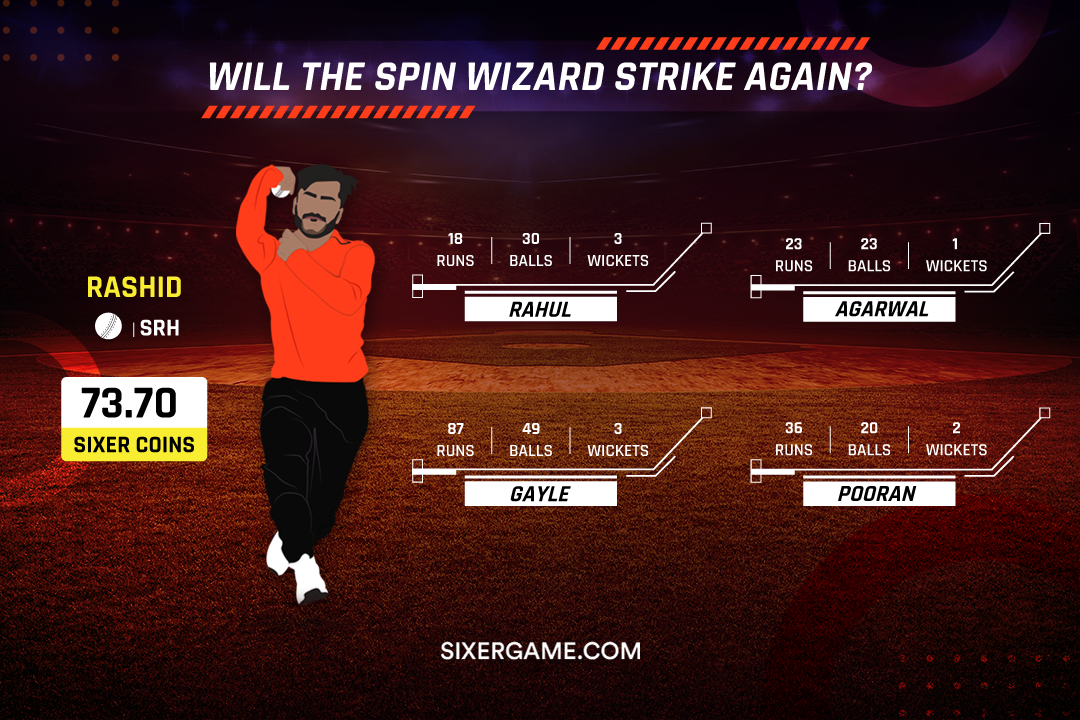 Amit Mishra marked his return to the side with figures of 4 for 24 and a man-of-the-match award to go for his efforts. In addition, Mishra also topped the match-center leaderboard with a match score of 104.87, leading to a 12% increase on Wednesday alone. He was well complemented by Shikhar Dhawan and Steve Smith despite Trent Boult turning out a match score of nearly 66. From the Mumbai Indians roster, only Rohit Sharma, with a match score of 89.52, was able to get a substantial score. Both de Kock and Suryakumar are down marginally, which can open up an opportunity for a trade!

Speaking of consistent performance, we have star leggie Rashid Jhan in action against Punjab Kings today. Apart from the IPL, including KKR vs CSK, international cricket is back, with Sri Lanka hosting Bangladesh and Pakistan touring Zimbabwe. However, we push over focus to the genius of Rashid Khan and how crucial he can be for SRH and fantasy shareholders. So without further ado, here's some much-needed insight to kickstart your day!

It isn't an ideal situation to be in when your team is rooted at the bottom of the table. However, Rashid Khan has impressed one and all despite SRH losing all their games so far. The Afghan leggie averages a match score of 79.3, the highest in this year's IPL! In addition, Rashid has also picked four wickets while conceding less than 6 runs per over in the middle overs! Astonishing, isn't it?

While SRH searches for its first win, they come across Punjab Kings, a side that has had mixed returns against Rashid Khan. One cannot forget Chris Gayle's epic takedown of Rashid in IPL 2018. But on deeper inspection, Rashid has had his say in this battle. Although he has conceded 87 runs in 49 balls to Gayle, Rashid has picked his wicket thrice in the T20 format.

But the Punjab Kings aren't just about Gayle! Their other big guns, Rahul, Pooran and Agarwal, have struggled against the might of Rashid. While Pooran boasts of a strike rate of 180 against Rashid, despite getting out twice, the opening duo of Rahul and Agarwal struggle against the guile of Rashid. While Agarwal has scored 23 runs in 23 balls against Rashid in IPL cricket, Rahul truly struggles against the Afghan with 18 runs in 30 balls, including three dismissals.

This could be a match-up early in the match, perhaps the third or fourth over in the powerplay, where Rashid could be brought in to peg the Kings back. This intriguing match-up ideally opens up an opportunity for a trade in the Market as well. Although Rashid is one of the more higher-priced players at 73.70 Sixer Coins per Share, his recent performances and the fact that SRH is set to play two more games at the spin-friendly Chepauk, he could be in for another big rise in the Sixer Market!

Sri Lanka and Bangladesh in action as International Cricket Is Back On the Menu!

For those who are desperate to kill some time ahead of today's double-header or want to invest in a gem of a deal, look no further than the two international games taking place today. While Babar Azam's Pakistan is back in action against familiar foes Zimbabwe, the marquee clash will be that between Sri Lanka and Bangladesh.

Both teams come into this series with a point to prove, but for fantasy shareholders, it is all about the players and their fantasy prices in the Market! Sri Lankan captain Dimuth Karunaratne is available for a reasonable price of 40.40 Sixer Coins per Share. Also, you may want to look into Liton Das, who is currently priced at 38.60 Sixer Coins per Share! With pacers likely to have a bigger say, you may want to pick up some good batsmen of pace, perhaps an Angelo Mathews or a Mushfiqur Rahim.

13 hours of non-stop cricket action beckons today, and all you need to do is apply your cricketing knowledge in the Real Market! Who are you going to back? Also, don't forget to let your thoughts know in the all-new Debate section!