ABD Turns Bulls With 10% Increase against Rabada and co! Can Warner Get the Sunrisers Back To Winning Ways? 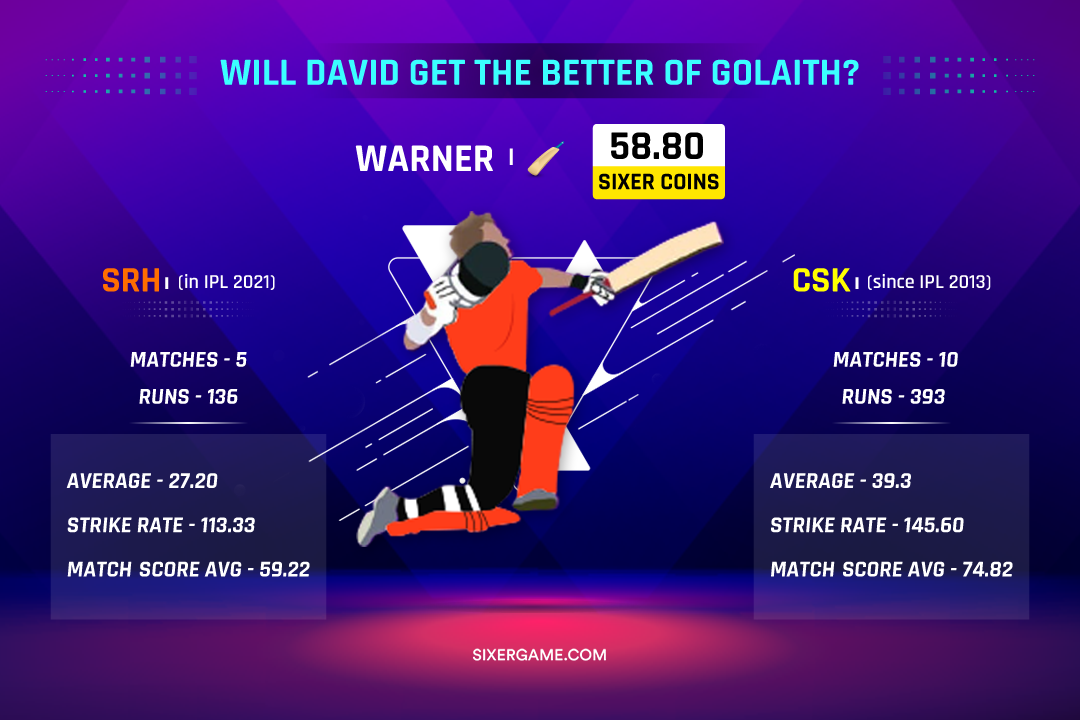 It was another case of AB de Villiers setting the Sixer Market on fire as he smashed a 42-ball 75 against Delhi Capitals on Tuesday. Adjudged as a Bear a couple of days ago, AB de Villiers silenced his critics with a match score of 128 against the likes of Rabada and Ishant, who made a comeback from injury. Despite Virat Kohli and Devdutt Padikkal failing at the top of the order, AB de Villiers got the Royal Challengers Bangalore to a competitive total, which ultimately proved to be enough.

However, an RCB win wasn't free of drama as former RCB player Shimron Hetmyer smashed his first fifty of the season alongside captain Rishabh Pant, who saw an increase of 5%. But, it was Hetmyer's knock that opened the game as he registered a match score of 97.50, resulting in an 18% increase. Nevertheless, it wasn't meant to be as Siraj held his nerve in the final over to clinch a crucial win for the current table-toppers Royal Challengers Bangalore.

Chennai Super Kings will look to displace RCB and reclaim their top spot as they face Sunrisers Hyderabad today at the Arun Jaitley Stadium in Delhi. They come into this game on the back of four wins, although they face a familiar foe in the form of David Warner! But is David Warner a viable option in the Sixer Market? Let's find out in today's Daily Insight!

David Warner is arguably the best overseas recruit in the IPL. Over 5000 runs with three Orange Caps to his name, David Warner is feared by many. However, he hasn't quite fired this year for SRH. In five outings in IPL 2021, Warner has scored only 136 runs at an average of 27.20. While his match score average of 59.22 doesn't seem to be bad at all, his strike rate of 113.33 is not what is expected of the southpaw. Apart from a couple of knocks early in the tournament, Warner has played second fiddle to Bairstow and has even ran himself out twice.

His fortunes have impacted Sunrisers Hyderabad, who sit at the bottom of the table. However, he would ideally relish an opportunity to face Chennai Super Kings today. In fact, Warner averages a whopping 39.3 in ten games against Chennai since 2013. With four fifties in this span, Warner has a match score average of 74.82, showcasing his prowess in nearly every game. In addition to his historical stats, David Warner has a decent record against every bowler in the CSK unit and also averages in excess of 30 in Delhi, which is a good sign for his fantasy shareholders.

But the question remains. Is Warner capable of unleashing his aggressive nature and flipping the script against Chennai Super Kings? Although he has seen a drop of nearly 10% in his last two games, Warner has the skill-set to tackle the spin threat that the opposition has to offer. Also, at 58.80 Sixer Coins, Warner is priced at a 5-Match Low, which might be enticing enough for a trade in the long run.

Apart from Warner, the likes of Suresh Raina, Faf du Plessis and Jonny Bairstow are also available in the Market. Not to mention Ravindra Jadeja, who registered a perfect match score of 150 against Royal Challengers Bangalore. With a plethora of options available in the Market, who are you going to back today?